In 2020 The Grand Court of the Cayman Islands approved a Public Trustee v Cooper Application blessing a trustee’s momentous decision to distribute the trust fund to a small number of the discretionary beneﬁcial class, who were the Shari’a heirs of the deceased settlor.

In this case, it was noted by the judge that:

“The Trustee has arrived not simply at a rational decision, but one which follows very careful deliberation and inquiry … an approach which may be described as a “textbook” approach to the issues.” However, summarising the judgment, Macfarlanes, who advised the trustee, went further, saying:

“Although the Trustee was described during the hearing and in the written reasons as taking a ‘textbook’ approach to the issues, this case may in fact be better seen as an example of a trustee looking beyond the textbook in order to ensure the proper exercise of its powers in a situation where novel circumstances meant it was not able to take the conventional approach…”

In this series ‘Beyond the textbook trustee’ we take a look in further detail on the preparation undertaken by Saffery Champness and the team of trusted advisors, the case, and decision outcome from the court.

Lisa Vizia, Director of Saffery Champness in Guernsey and Cayman was the lead Trustee on the case. In this video she introduces the case, and summarise the premises leading up to the momentous decision. 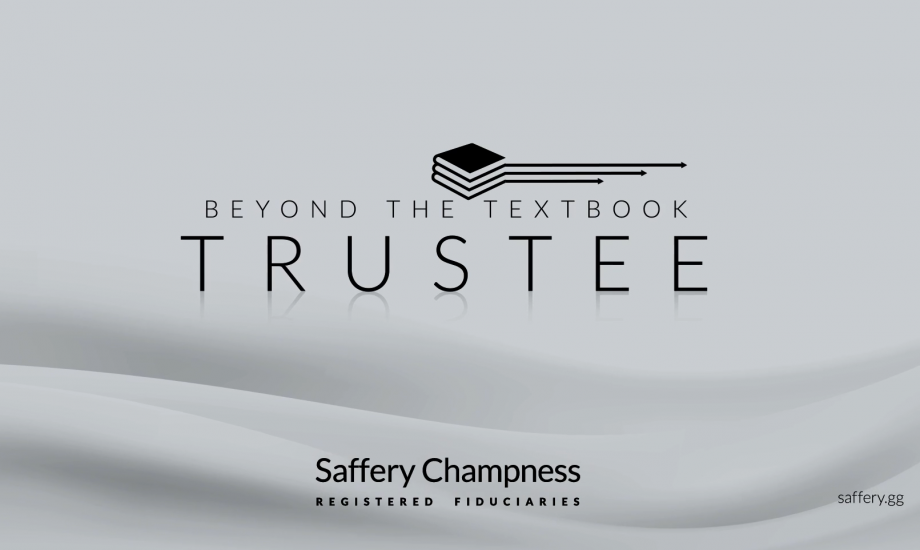 Lisa Vizia, Saffery Champness Director of Guernsey and Cayman sits down with Charles Gothard (Partner at Macfarlanes), and Andrew De La Rosa (Independent Counsel at ICT Chambers), to set the scene and the series of events that led to the Cayman court hearing 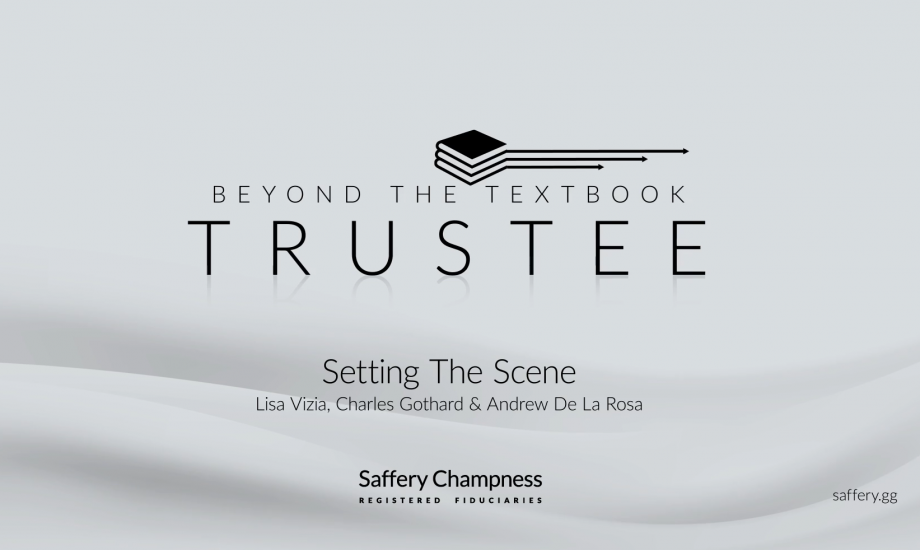 Episode 2: Preparation for the hearing

With the scene set, and an understanding of the complications of the case, we hear from the trusted advisors around the lengths that were taken to gather information, organise the information and build out a successful case Episode 3: The hearing and the outcome

After meticulous preparation for the hearing, Lisa, Andrew and Charles discuss the hearing itself, the feedback from the judge and some interesting points that helped achieve success in court 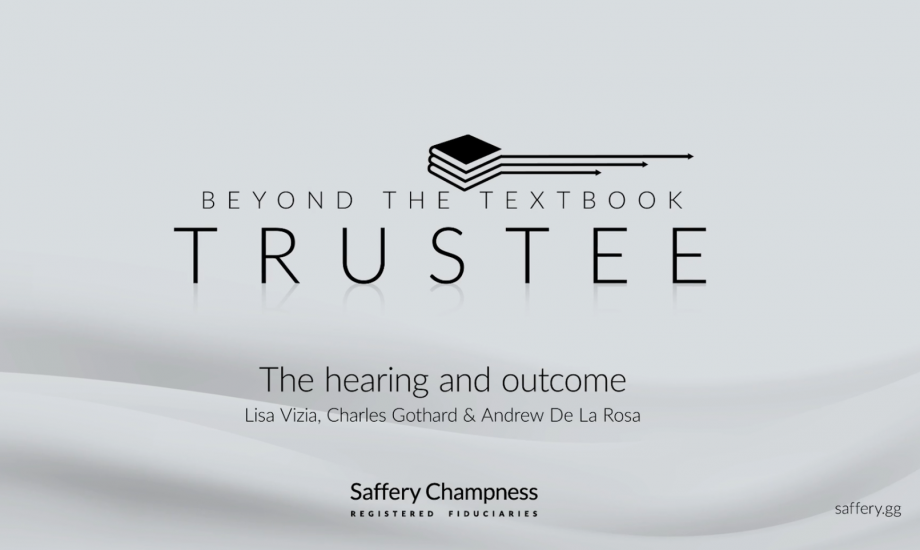 After the momentous decision was made in a Cayman court, the advisory team reflect on their key points and considerations that led to a successful outcome, as well as reflecting on the feedback from the judge on how the case was handled by Saffery Champness as the Trustee. Part of the background of the case is Shari’a inheritance rules or ‘forced heirship’, an Islamic tradition that restricts the ability to leave property as they wish by will. In this episode, Andrew De La Rosa leads a discussion with Charles Gothard and Lisa Vizia around ‘forced’ and ‘anti-forced’ heirships as well as the complex considerations around both options. 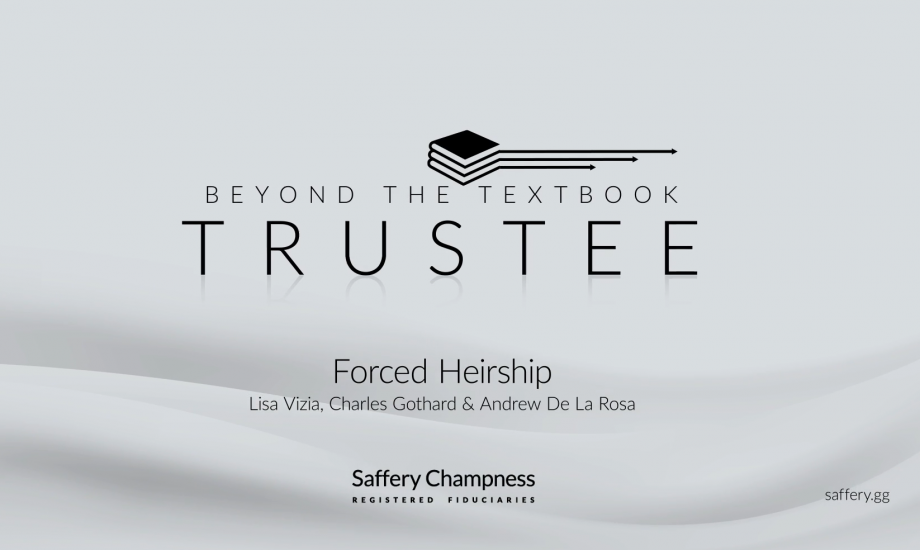 What makes a good trustee?

Lisa Vizia poses the question to Charles and Andrew, to find out what key experience stands out when looking for a Trustee to manage assets and structures. 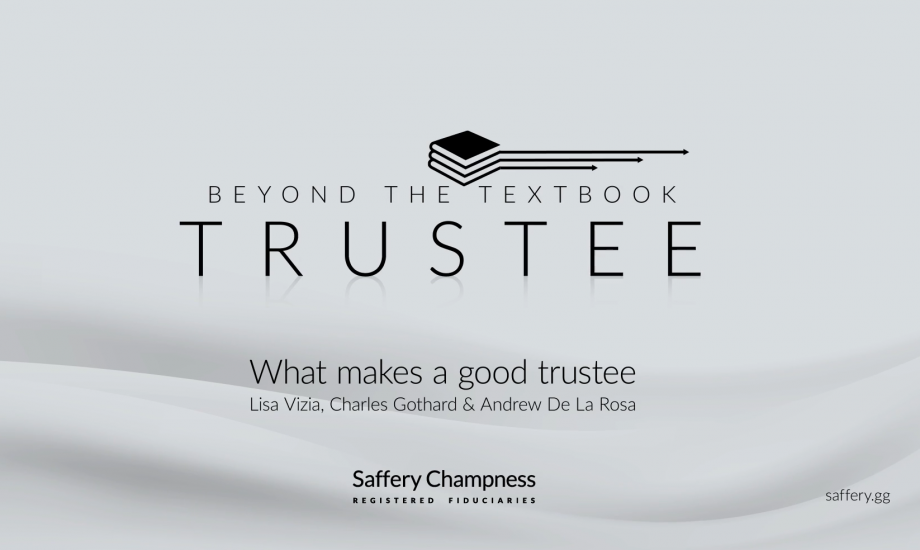 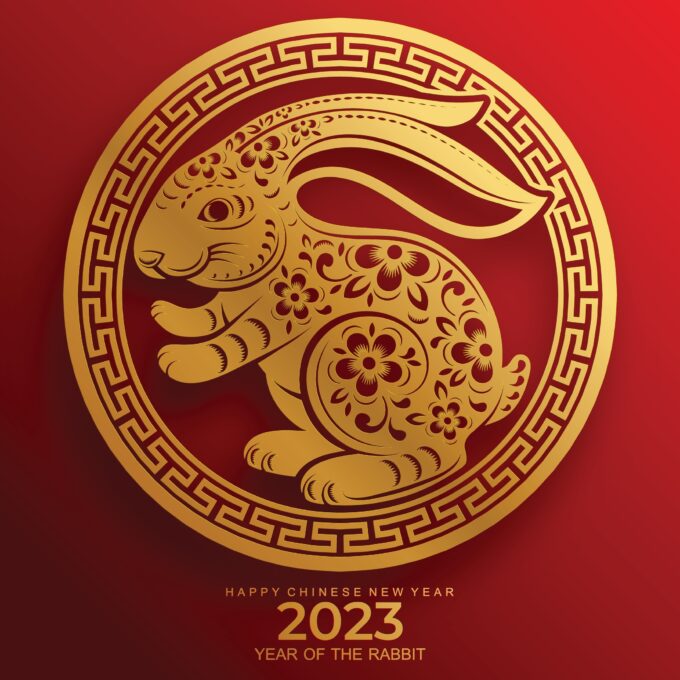 Year of the rabbit dawns with ray of hope 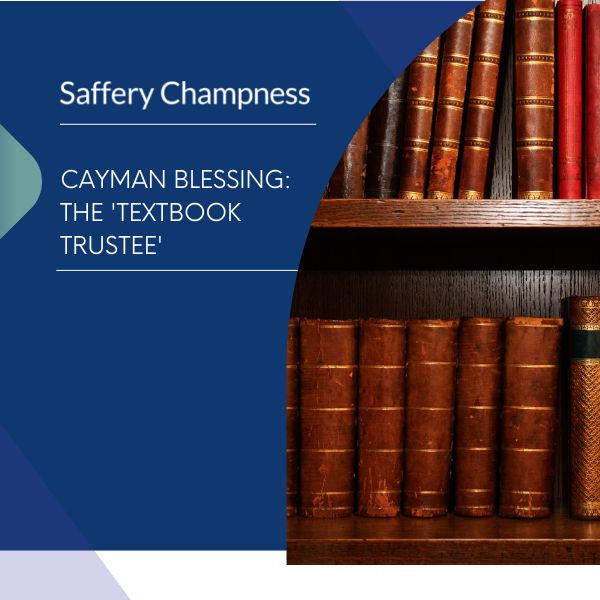 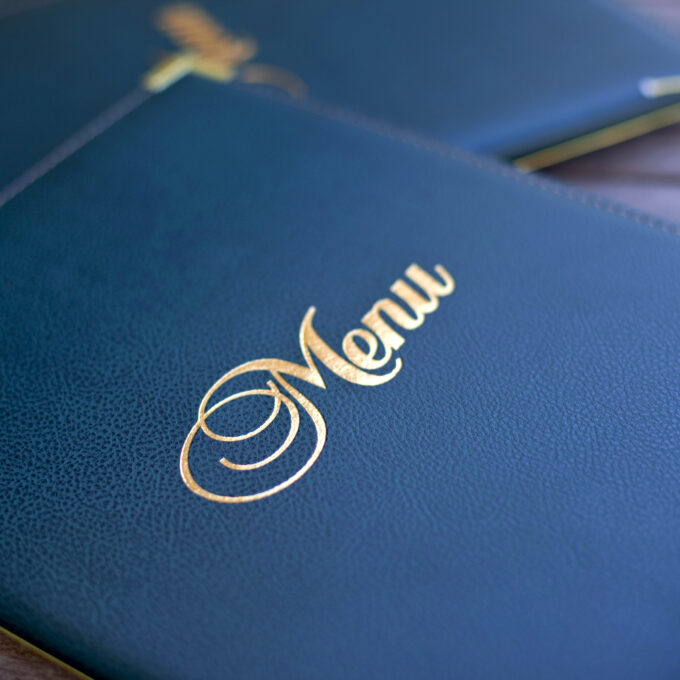 Beyond the trust: alternative structures on the menu 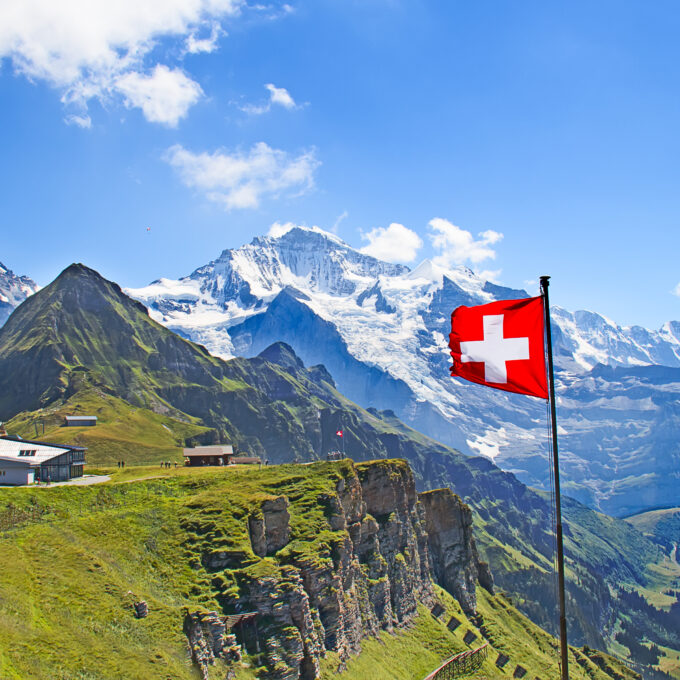 10 good reasons to place your trust in Switzerland

New Horizons: Beyond the trust structure