In our March VAT update we reflect on the announcement in the Chancellor’s Spring Statement regarding VAT on energy-saving materials; we highlight that VAT over-charged by a supplier can no longer be claimed directly from HM Revenue & Customs (HMRC); we comment on HMRC’s review of the UK investment fund market; we revisit IOSS with news of how to address instances of double taxation; and we highlight an opportunity to reclaim overpaid VAT via a specific VAT accounting process where goods are put to a mixed use.

In his Spring Statement, the Chancellor announced a time limited change in the VAT rate to apply to the supply and installation of energy-saving materials. The rate will be reduced from 5% to 0% from 1 April 2022. It will revert to 5% on 31 March 2027.

The law change will also permanently simplify some complexities in the VAT treatment of supplies of energy-saving materials that had been introduced following a judgment of the European Court of Justice (CJEU). The social policy conditions and the 60% test, which businesses have been required to consider when determining the VAT treatment to apply to the supply and installation of energy-saving materials, are being removed from 1 April 2022.

Comment: The Chancellor’s announcement is a welcome one and is in line with the government’s current environmental policies. It is interesting that the changes are addressing a position imposed on the UK when it was part of the EU and determining the appropriate VAT rate to apply is now a more straightforward proposition for suppliers in this sector.

Many were disappointed by the limited nature of the VAT measures, having hoped for more widespread VAT rate cuts to assist households facing higher energy prices and a higher cost of living generally.

Please get in touch with your usual Saffery Champness contact for further information on VAT and energy saving materials.

Following various judgements in UK and EU courts, HMRC has allowed claims for VAT where suppliers have over-charged VAT in circumstances where it was “impossible or excessively difficult for the customer to reclaim (overpaid VAT) from the supplier”. Such claims could be made through the ordinary courts rather than the tax tribunals, although there have also been opportunities to claim directly from HMRC following the CJEU case of Reemtsma Cigarettenfabriken (C-35/05). No guidance was provided by HMRC as to what circumstances amounted to “impossible or excessively difficult” but situations such as a builder charging VAT at 20% rather than 5% for bringing an empty home back into use, where the builder had subsequently gone out of business, was one potential situation.

HMRC have now withdrawn the ability to make a claim, citing that the EU withdrawal bill removed the right to make common law claims against HMRC with effect from 1 January 2021.

You can read more about this here.

Comment: Whilst the responsibility to apply VAT correctly lies with the supplier, customers should always consider whether correct rate and amount of VAT is charged. If it’s not, then HMRC can seek to recover the input tax claimed. If the supplier has gone out of business in the intervening period, it is highly unlikely the money will be recoverable from the supplier.

The issue of incorrectly charged VAT does arise quite frequently within the construction sector. We have experience of contractors charging 20% VAT on construction projects that qualify in whole, or in part, for the 5% reduced rate of VAT. If taxable persons incur the costs at the higher VAT rate then HMRC would expect 5% VAT to reclaimed as input tax, with the recourse for the remaining 15% being against the contractor.

Private individuals converting a property into their own home have access to a VAT refund scheme which allows them to claim from HMRC VAT incurred on the conversion costs. However only VAT charged at the correct rate by suppliers is eligible to be refunded. It is important that advice is taken to ensure contractors are applying the correct VAT rate to their construction services, as over-charged VAT may be difficult to claim back from them in the future.

The government is reviewing the UK funds regime, considering how funds and their management are taxed and regulated. Stakeholders were invited to provide views on which reforms should be taken forward and how these should be prioritised.

The government has now published a summary of responses to its call for input, which can be found here. This document outlines feedback received and sets out the government’s conclusions alongside the measures to be taken forward.

A review of the VAT treatment of fund management was one of the areas most frequently cited as a top priority by the respondents to the call for input. The government has confirmed that it is aware of the VAT complexities and HM Treasury and HMRC are working towards a specific consultation on the VAT treatment of fund management fees as part of the UK funds regime review. This consultation on VAT will be published in the coming months and will shed further light on any reforms that are considered.

Despite several calls from respondents for a zero-rate, the upcoming consultation will not look at a VAT zero-rate for fund management fees. It is believed that the impact of such a change on tax revenues would be significant. The government is, however, open to other options to improve and simplify the VAT regime for fund management and these proposals will be reviewed within the forthcoming consultation.

We remain hopeful a VAT specific consultation will enable HMRC to provide clearer and more up-to-date guidance of when the VAT exemption of fund management services does apply. This will not be a quick process, however, and it could be several years before we see any new VAT guidance from HMRC for the investment management sector.

Please contact Nick Hart (VAT Director) if you have any VAT queries with respect to investment fund management services.

The Import One-Stop Shop (IOSS) has been successfully implemented as part of wider EU VAT reforms, according to reports published by the European Commission. Reports indicate that, since its introduction on 1 July 2021 and the end of that year, VAT revenue of EUR 1.9 billion has been collected through IOSS

The scheme enables non-EU B2C suppliers of imported consumer goods to account for VAT under a single registration, where consignments are sent to the EU and are of EUR150 or under in value. It is not without its complexities however and eCommerce traders and Online Marketplace operators have encountered some instances of double taxation. This occurs when the seller charges VAT at the point of sale, followed by a second charge at the moment of importation (ie when the buyer pays the import VAT). The second charge is typically being made due to there being no adequate knowledge of the first charge being made, on the part of the courier/fast-parcel operator. The European VAT Committee has identified the following root causes:

An agreement has been reached by the EU VAT Committee that if, or when, double taxation occurs due to either of these two reasons, the matter can be resolved by way of a VAT correction within the IOSS return. This is subject to the buyer being the person liable for the import VAT and the pre-conditions for the correction of the IOSS return being met.

Under the correction process, the supplier will reimburse the buyer the VAT collected at the time of sale, subject to the buyer providing evidence that import VAT has been paid by them when the goods were imported.

Comment: The agreed mechanism to correct instances of double taxation occurring under IOSS is a temporary one and the European Commission identifying the issue and acting on it is a welcome step. We await a more permanent solution to the risk of double taxation under IOSS.

It does, however, raise some questions as to why IOSS was implemented when the risk of double taxable was evident when the plans were originally tabled. Instances of double taxation will come to light only if the consumer makes the supplier aware that they have had to pay import VAT before taking delivery of their goods. It also begs the question of the internal cost to the supplier in resolving instances of double taxation, through prolonged discussions with customers regarding their evidence of paid import VAT, and also liaising with local postal carriers as to the reasons why import VAT was charged when IOSS should prevent that. One wonders how much of the £1.9 billion collected in the first six months, is as a result of VAT being collected twice on the same transaction.

Overpayments of output tax under the Lennartz mechanism expand_more

If you are still accounting for output tax under the ‘Lennartz’ mechanism, then HMRC’s Revenue and Customs Brief 6 (2022) will be of potential interest.

To ease any administrative burden, HMRC gave businesses the option to continue using the Lennartz mechanism where it was used under the pre-22 January 2010 rules. Where a business exercised the option to remain using the Lennartz mechanism, output tax needed to be accounted for on the non-business use over the economic life of the asset, which is five years for all goods and 10 years for most immovable property, to ensure taxpayers were not becoming unjustly enriched. However, in 2011 the standard rate of VAT was increased from 17.5% to 20%. As a result, some businesses may have paid more output tax than the input tax they had originally claimed when purchasing the goods.

HMRC’s Brief states that if the output tax paid before the end of the economic life of the asset equals to the input tax originally claimed (the ‘fiscal balance point’) then businesses can stop accounting for output tax on the non-business use of the asset. Further guidance is provided on how businesses can work out the fiscal balance point and how to make a claim for overpaid output tax.

Comment: Taxpayers operating in sectors where non-business activities are typically a feature, (ie not-for-profit) may well still be accounting for VAT under the Lennartz mechanism and in some cases, have over-declared output tax that can be reclaimed, subject to the normal four-year time cap. HMRC’s Brief gives them an opportunity to correct VAT over-paid.

Lennartz is still available to use when goods are acquired that will have business and private use, although it is rarely applied now, with businesses preferring to make an initial restriction to input tax recovery, rather than have to account for output tax over the economic life of the goods in question.

It is worth noting that the Lennartz provisions do highlight that there is a fundamental (although often overlooked) difference between non-business use and private use, and such a difference also has implications for Capital Goods Scheme assets in particular. It is recommended that advice be taken when mixed-use goods of any significant value are being acquired to ensure the appropriate VAT position is applied.

Please contact Alison Hone (VAT Partner) if you are accounting for VAT under the Lennartz mechanism and would like to know more about a potential claim for overpaid VAT. 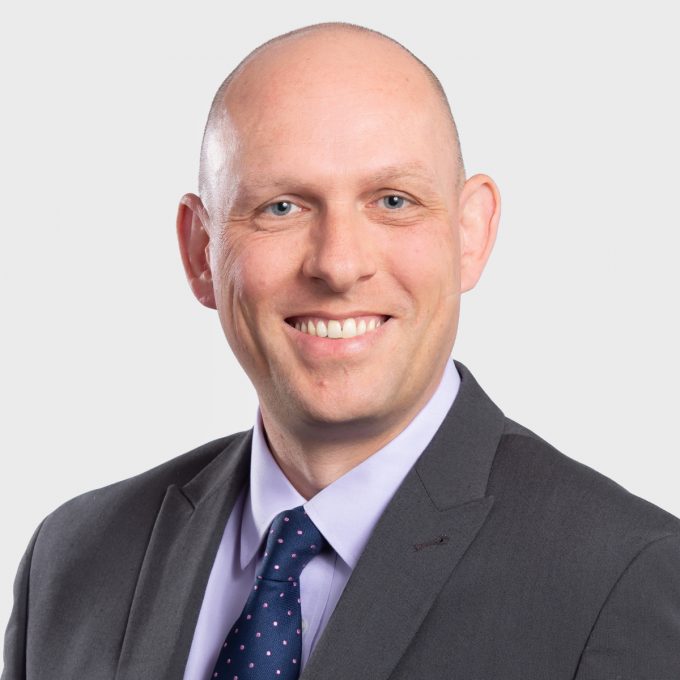 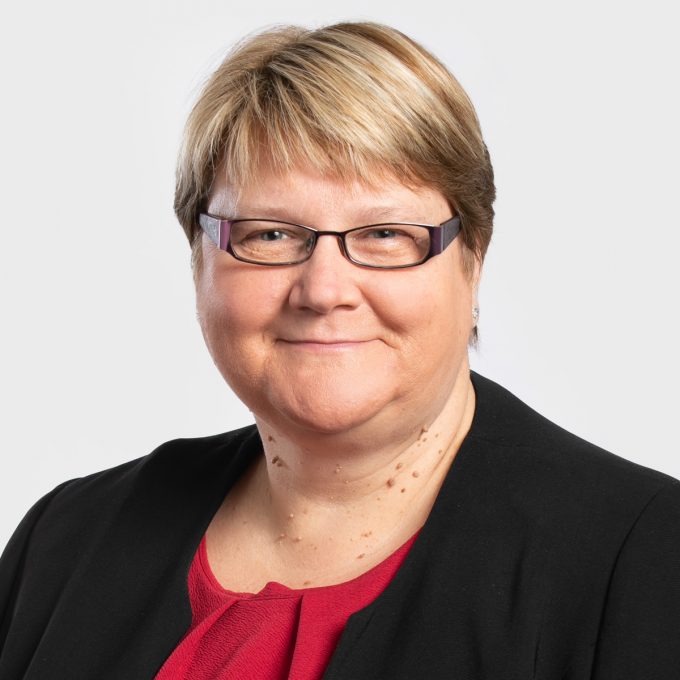 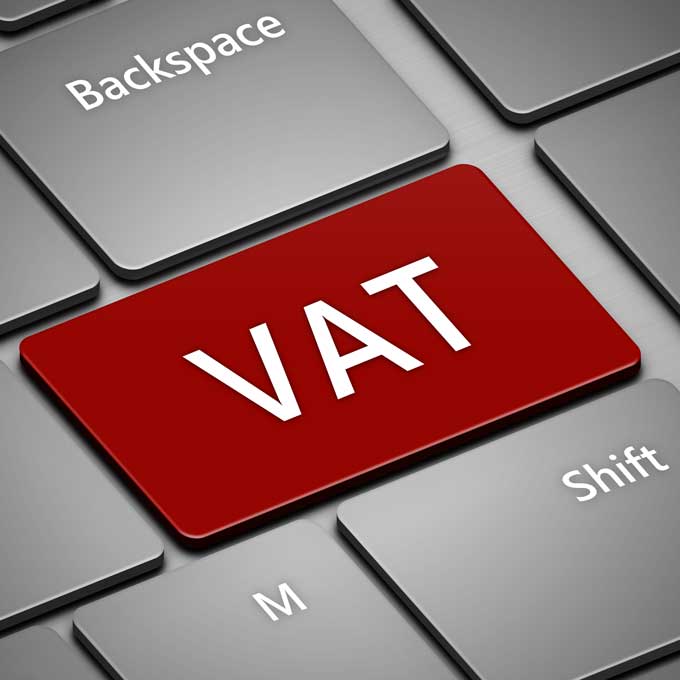 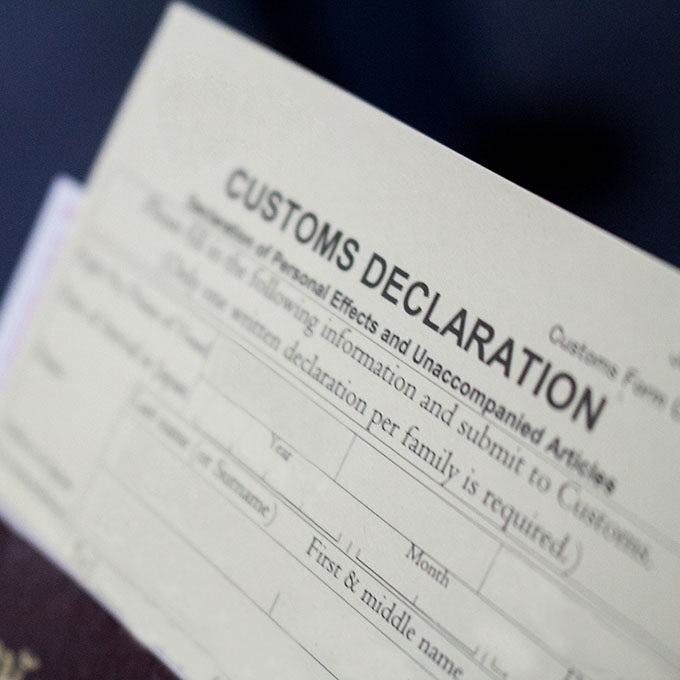